What is the scope of Civil Engineering in India

Engineering is one of the most preferred courses when it comes to graduation. There is an immense need to become an engineer considering the positions and designations offered for that degree behind your name.

As per the Ministry of Education (MoE), India has a total of 6,214 Engineering and Technology Institutions in which around 2.9 million students are enrolled every year and an average of 1.5 million students get their degree in engineering. It’s hard for students to have a clear pick on their courses, as they don’t know the value of every course and hard to find a path for them. Civil engineering course is considered to be one of the highly regarded courses that could make a serious impact in the upcoming future with the innovation and technology they bring to the table.

What is Civil Engineering?

Right from small house building works to bigger monuments, it’s the skill of the civil engineer that plays a major role in the construction industry that speaks volumes about their work and architecture. Civil Engineering also includes the construction, designing, estimation & architecting of highways& railways, intellectual buildings, tunnels, sewage blocks, bridges, airports, dams and so on to be named under the name of civil engineers. They also get involved in the large infrastructure of the projects.

The growth in population and urbanisation has increased the scope and value of civil engineering in the longer run. The rapid population growth has increased the necessity of extending the roads and buildings depending on the needs. Even today, there have been a lot of projects under construction that might take off anytime sooner. So, there has been a steep rise in demand for civil engineers, not only in the country but across the globe.

Even the Gulf countries have shown great interest in recruiting site engineers from India for a whooping sum and provide many allowances for them. So, there are brighter chances for your abroad dream too, as there always exist great demand for civil engineers for many positions.

Consider the Burj Khalifa tower in Dubai, which was constructed in 2010 at an altitude of 2,717ft is the tallest free-standing structure in the world that shows the craftsmanship of the engineer to have built a global monument.

When you have done civil engineering in a recognised and reputed organisation in India, your next level of transformation is almost confirmed with a plethora of options right in front of you:

Building control surveyors –  where people manage employees and labours in supervising their work, like a managerial position, and increase the performance by rectifying the bottlenecks.

Estimation Executive – where the engineer calculates the exact budget of a project and tries to complete the processes within the estimated budget and time.

Site Engineer – this is the most designated and preferred course for a civil engineer, where the engineer enlightens the project value along with a demo and satisfies the client. There are a lot of demands for this designation, both in India and abroad.

Quality Assurance – where the civil engineer analyses the quality of materials used for constructions and whether the built architecture is on par with the regulations and delivers quality construction at the end of the day.

When you get expertise with all the prospects of engineering for many years, the next giant leap you could make in the construction industry is owning a business, where the income flow increases along with the quality of the product you would deliver in a stipulated time and within a constrained budget. Else, you could also start your business as a fresher in the construction-related fields like sand vendor, building materials vendor, real-estate marketer and many more depending on your interest

There is nothing to worry about, as the future for civil engineers is bright and safe with civil engineering courses with varied scopes in the construction and infrastructure with the latest innovations and technologies taking you closer to the industry and making your work much easier than ever before.

Want to know more about the civil engineering courses, visit us at http://mcet.in/, the perfect place to shape your career with exquisite skillsets and come out as an industry-ready civil engineer. 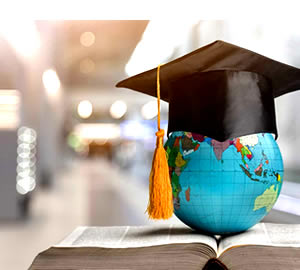